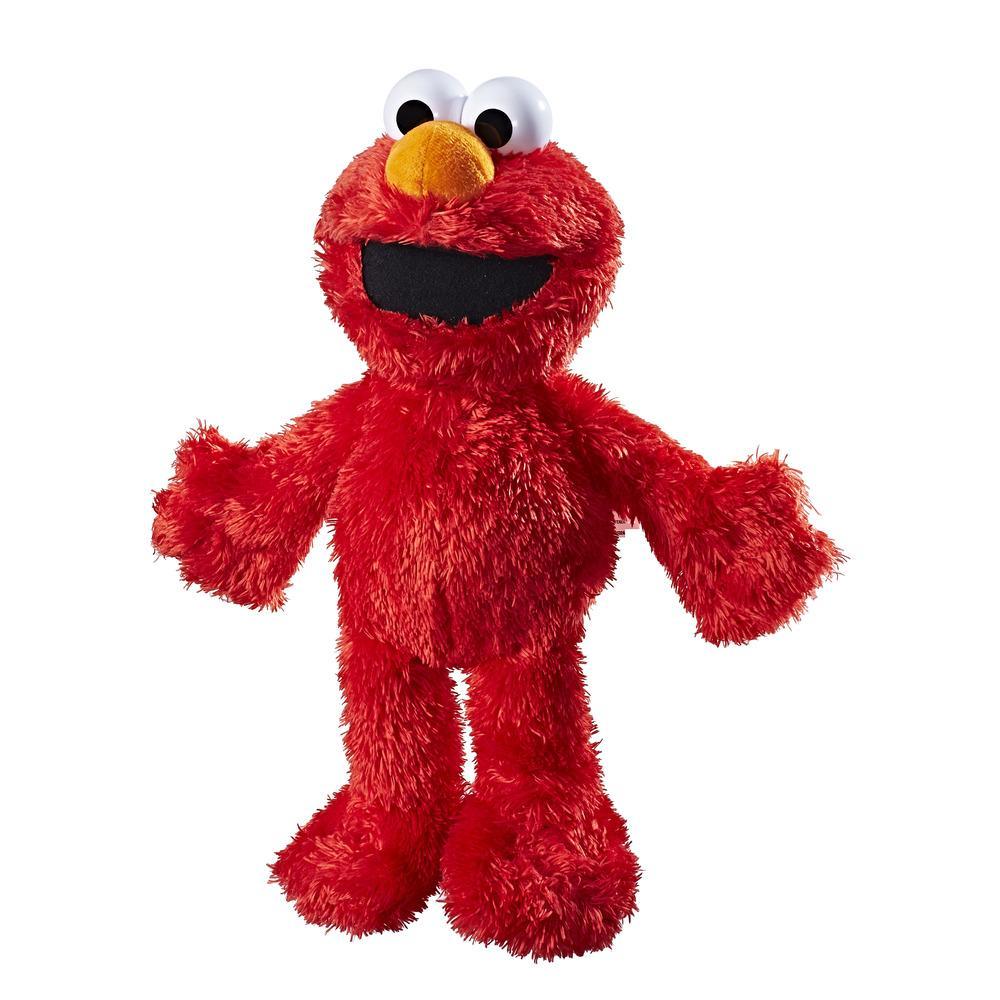 HA! HA! Hee! Hee! Elmo’s hysterical laugh is back! The magic of Tickle Me Elmo returns--redesigned for a whole new generation of fans! Little ones can start the hilarious fun when they press his tummy or squeeze his feet. First they’ll hear Elmo’s contagious giggle. When they continue to squeeze and “tickle” Elmo, he laughs harder and harder until he starts to move and shake! Children can’t help but giggle along when they hear his funny sayings and hysterical laughing sounds. Tickle Me Elmo is as silly, cuddly, and lovable as ever! He’s funny! He’s furry! You can’t put this giggle monster down! 2 AA demo batteries included.

• One of the most sought-after toys of the ‘90s, redesigned for today’s generation
• Press Elmo’s tummy or squeeze his foot to hear his contagious laugh
• Tickle him more and he laughs harder and shakes
• Says funny phrases and makes different laughing sounds
• Soft and huggable

You can also find the brands you know and love at these retailers:

You can also find the brands you know and love at these neighborhood stores. We've even included links to individual store locators where available to help you find the location nearest you

Product selection, availability, and pricing may vary by retailer.