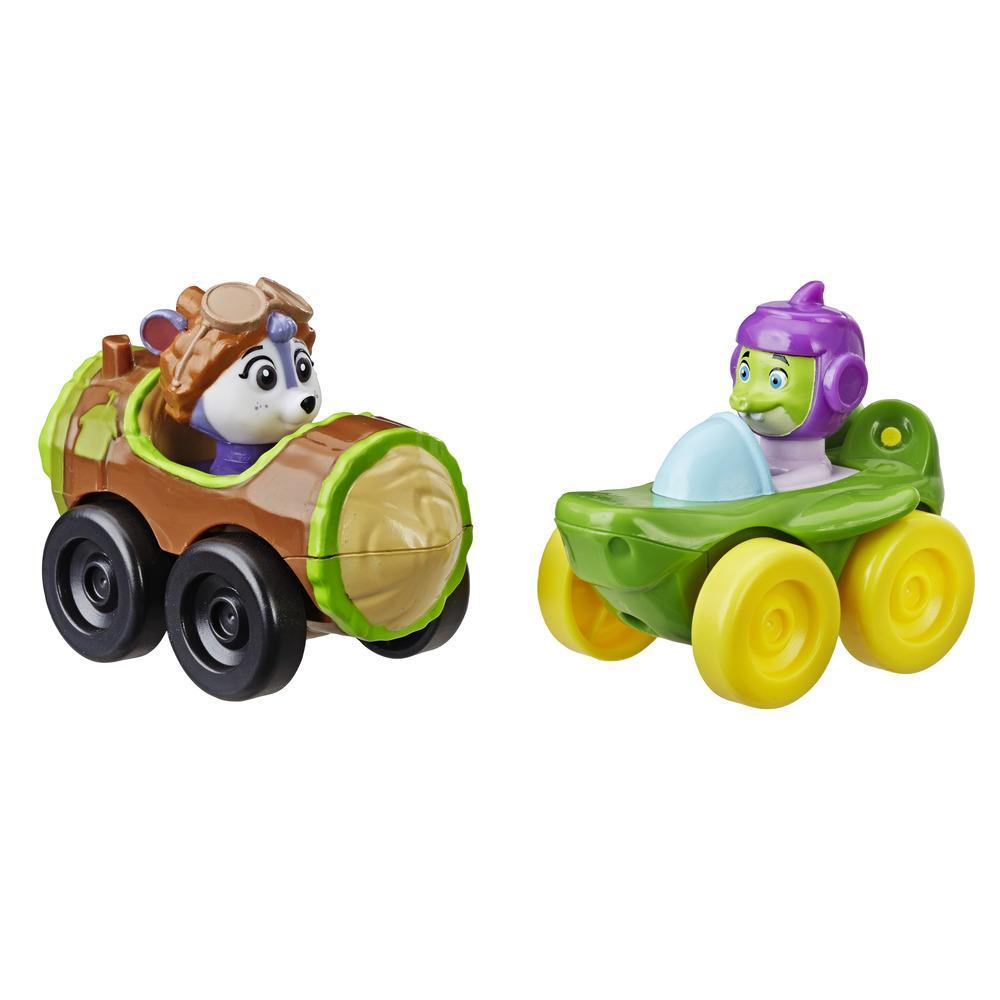 Hasbro and all related terms are trademarks of Hasbro.

• INSPIRED BY THE NICK JR TELEVISION SHOW: Kids can recreate their favorite scenes from Nickelodeon's Top Wing television series with these vehicle toys for kids ages 3 to 5.
• KIDS CAN EXPAND THEIR TOP WING COLLECTION: Kids can imagine rescuing Shirley Squirrely and stopping Chomps from causing trouble with these Top Wing Racers.
• INCLUDES 2 RACERS: Kids can race around with Top Wing characters Shirley Squirrely and Chomps and pretend they're a favorite Top Wing cadet saving the day; the figures are attached to their vehicles.
• COLLECT THEM ALL: Collect all the Top Wing Racers so they can go on adventures together (each sold separately, subject to availability).
• RACERS WORK WITH THE TOP WING MISSION READY TRACK: These racer vehicles can be used with the Top Wing Mission Ready Track toy (not included, sold separately).