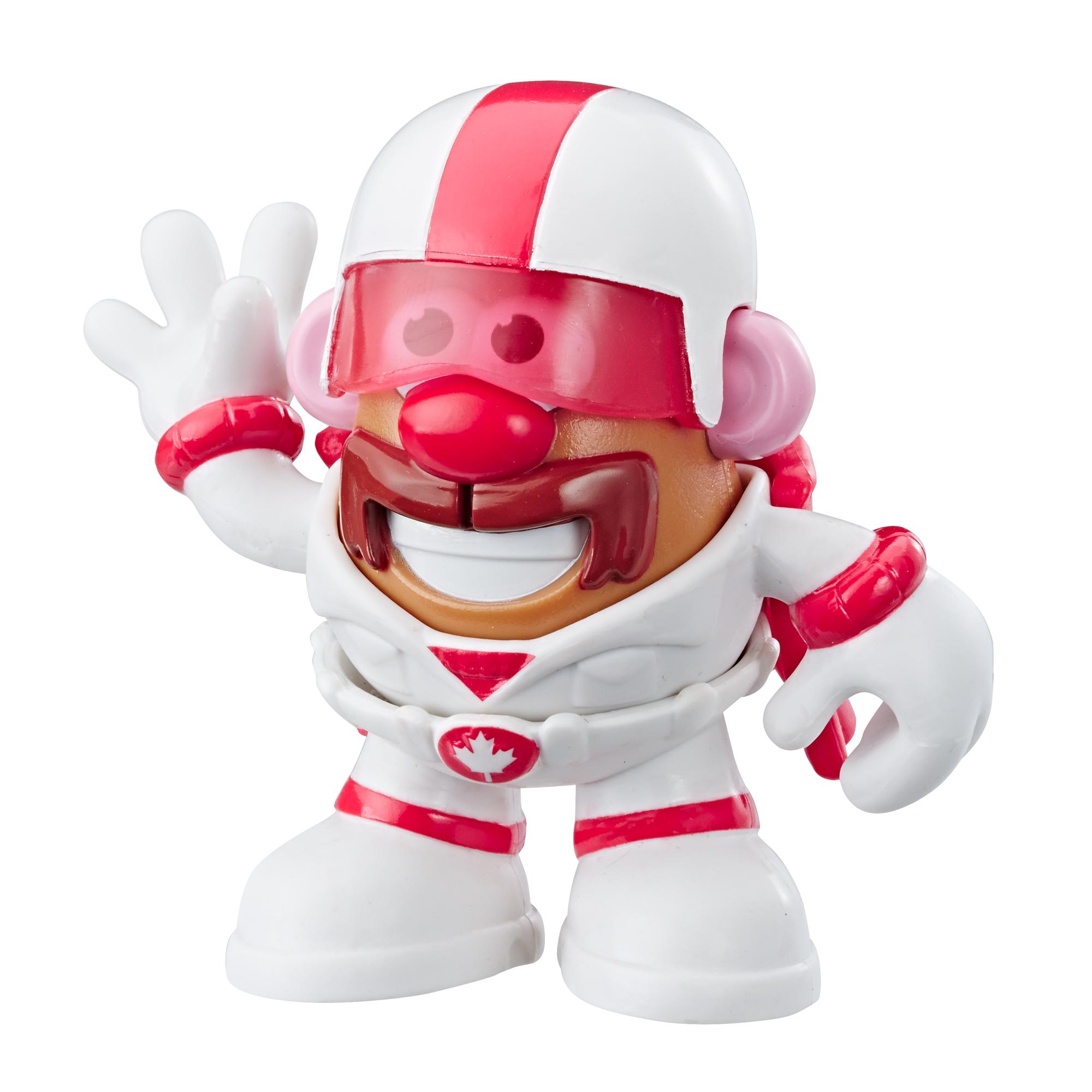 Kids can create their own Mr. Potato Head Duke Caboom character, inspired by the Disney/Pixar Toy Story 4 movie! It's so much fun for them to mix and mash the parts and pieces to create Duke Caboom or their own wacky character. A great way for kids to let their imaginations roam as they imagine their favorite scenes from the Toy Story movies, and discover endless creative possibilities! The mini tater includes a 2-inch potato body and accessories, all sized right for little hands. Most parts are compatible with other Mr. Potato Head and Mrs. Potato Head toys (each sold separately).

• Includes 1 potato body, 1 base, and 3 accessories.
• INSPIRED BY DISNEY/PIXAR TOY STORY 4 CHARACTER: This Mr. Potato Head as Duke Caboom mini figure is inspired by the beloved character from the Disney/Pixar Toy Story 4 movie
• SIZED RIGHT FOR LITTLE HANDS: Kids ages 2 and up can mix and mash the accessories to style Mr. Potato Head like Duke Caboom from Toy Story or create their own wacky looks
• ENDLESS CREATIVE POSSIBILTIES: Kids will love creating Disney/Pixar's Duke Caboom and other wacky characters. When mixing and mashing the parts and pieces, there is no wrong way to play
• MOST PARTS WORK WITH OTHER MR POTATO HEAD TOYS: Most parts are compatible with other Mr. Potato Head and Mrs. Potato Head toys. (Each sold separately.)
• Figure scale: 2 inches
• Ages 2 and up