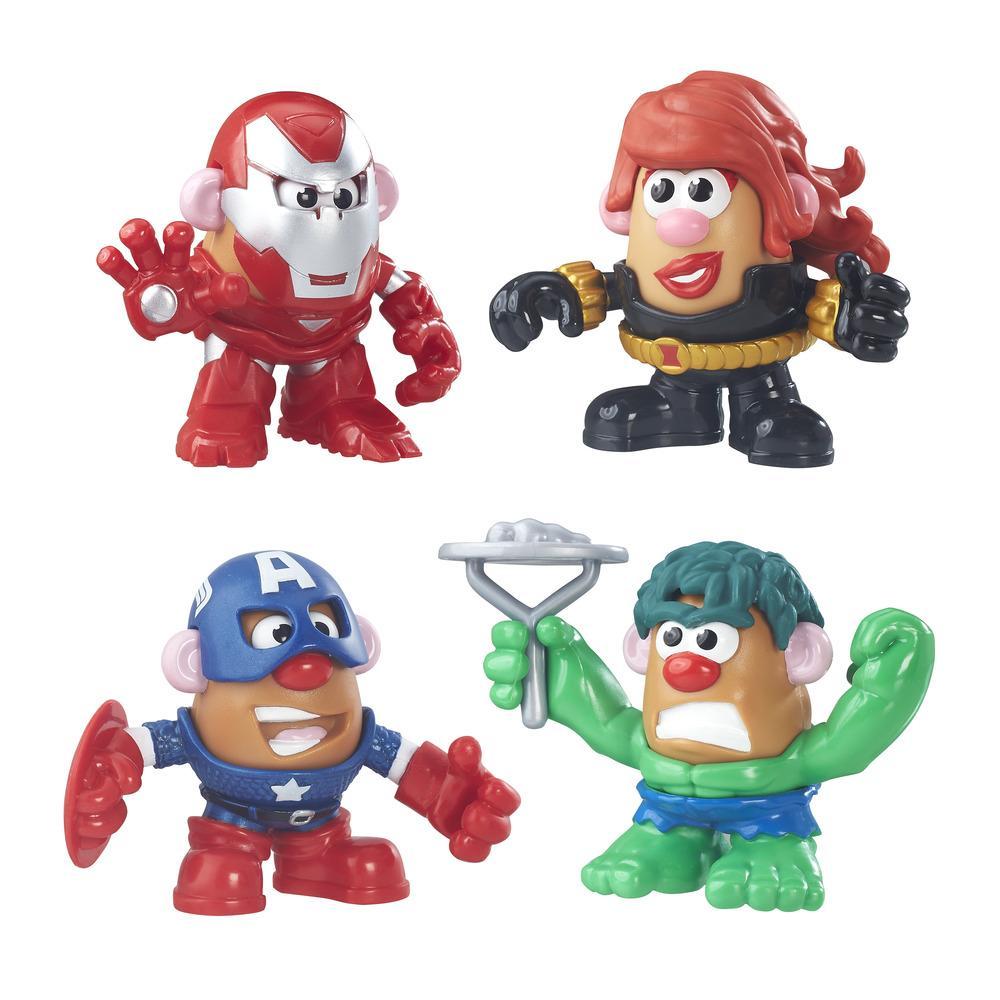 Little ones can imagine lots of adventures with these Mr. Potato Head figures mashed up with Marvel Super Heroes! Kids can style these spuds like some of their favorite Marvel Super Heroes with pieces inspired by Marvel's Black Widow, Hulk, Captain America and Iron Man characters. Sized for little hands, the set includes 2" potato bodies, character headpieces, torsos and bases, plus a potato masher accessory. Kids can also mix up the pieces to create their own super spud characters. Most parts are compatible with other Mr. Potato Head and Mrs. Potato Head toys (each sold separately).