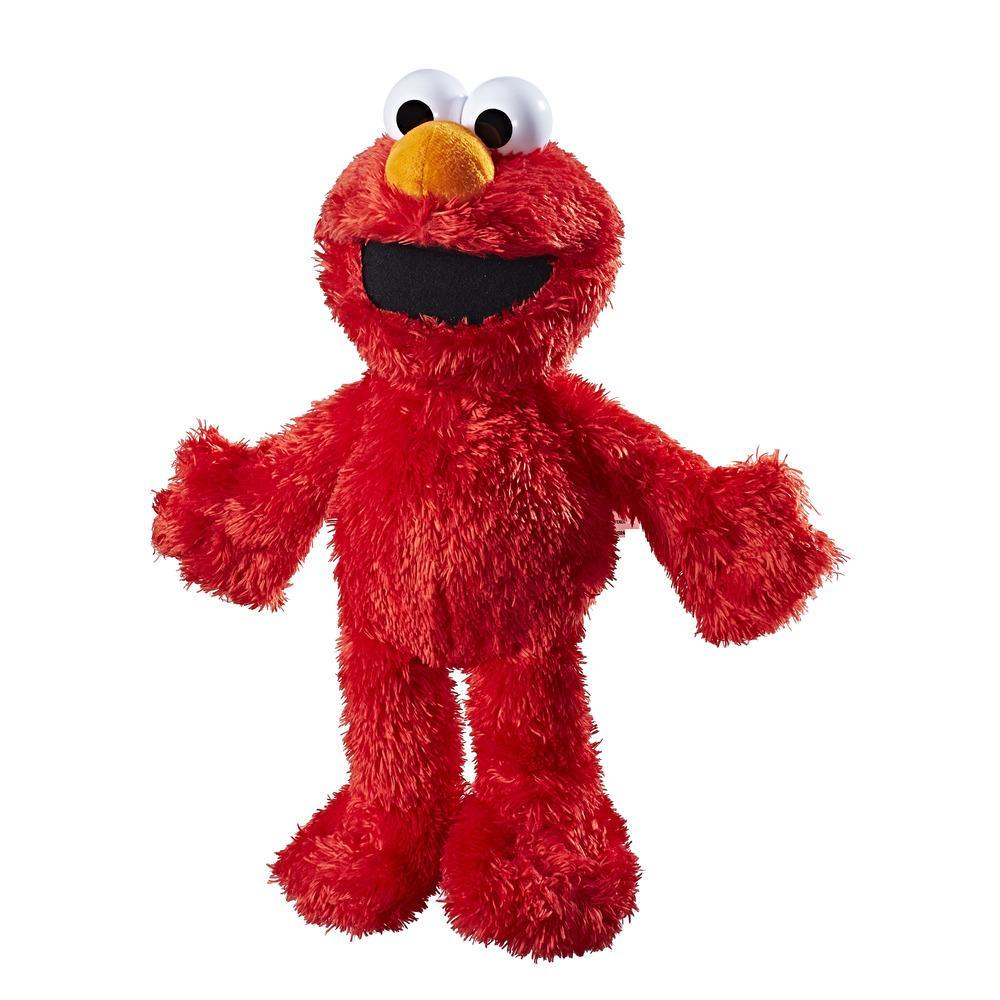 HA! HA! Hee! Hee! Elmos hysterical laugh is back! The magic of Tickle Me Elmo returns--redesigned for a whole new generation of fans! Little ones can start the hilarious fun when they press his tummy or squeeze his feet. First theyll hear Elmos contagious giggle. When they continue to squeeze and tickle Elmo, he laughs harder and harder until he starts to move and shake! Children cant help but giggle along when they hear his funny sayings and hysterical laughing sounds. Tickle Me Elmo is as silly, cuddly, and lovable as ever! Hes funny! Hes furry! You cant put this giggle monster down! 2 AA demo batteries included.

" One of the most sought-after toys of the 90s, redesigned for todays generation
" Press Elmos tummy or squeeze his foot to hear his contagious laugh
" Tickle him more and he laughs harder and shakes
" Says funny phrases and makes different laughing sounds
" Soft and huggable