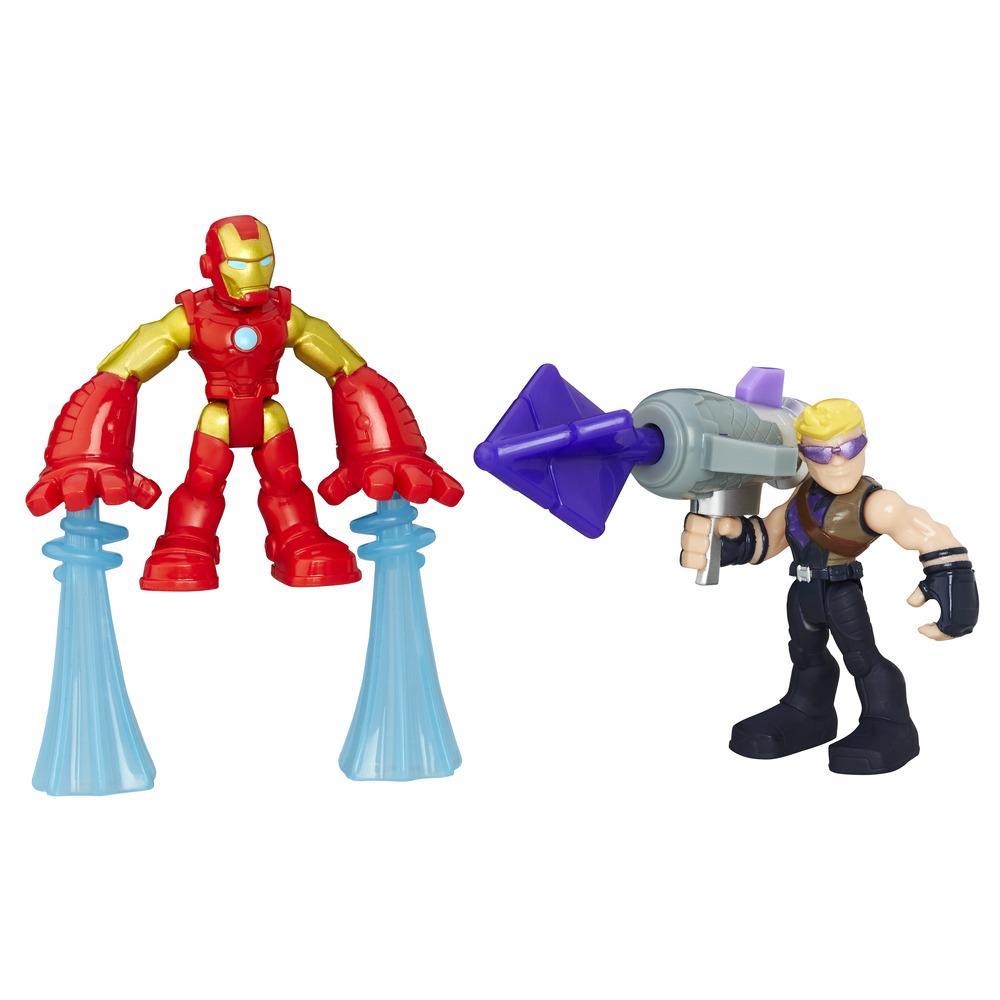 Young heroes can imagine joining the Avengers Iron Man and Marvel’s Hawkeye on action-packed adventures! Sized right for little hands, these figures get a crime-fighting boost with the Playskool Heroes power up feature. Power up these figures with removable arms that can snap on and off, so kids can pretend to make their favorite Super Heroes even more powerful! Get the Iron Man figure armed and ready with his repulsor rays, and power up the Marvel’s Hawkeye figure with his bazooka bow! Help the Marvel’s Hawkeye figure launch his projectile and save the day!

Includes Iron Man and Marvel's Hawkeye figures with power up arms, and 1 projectile.