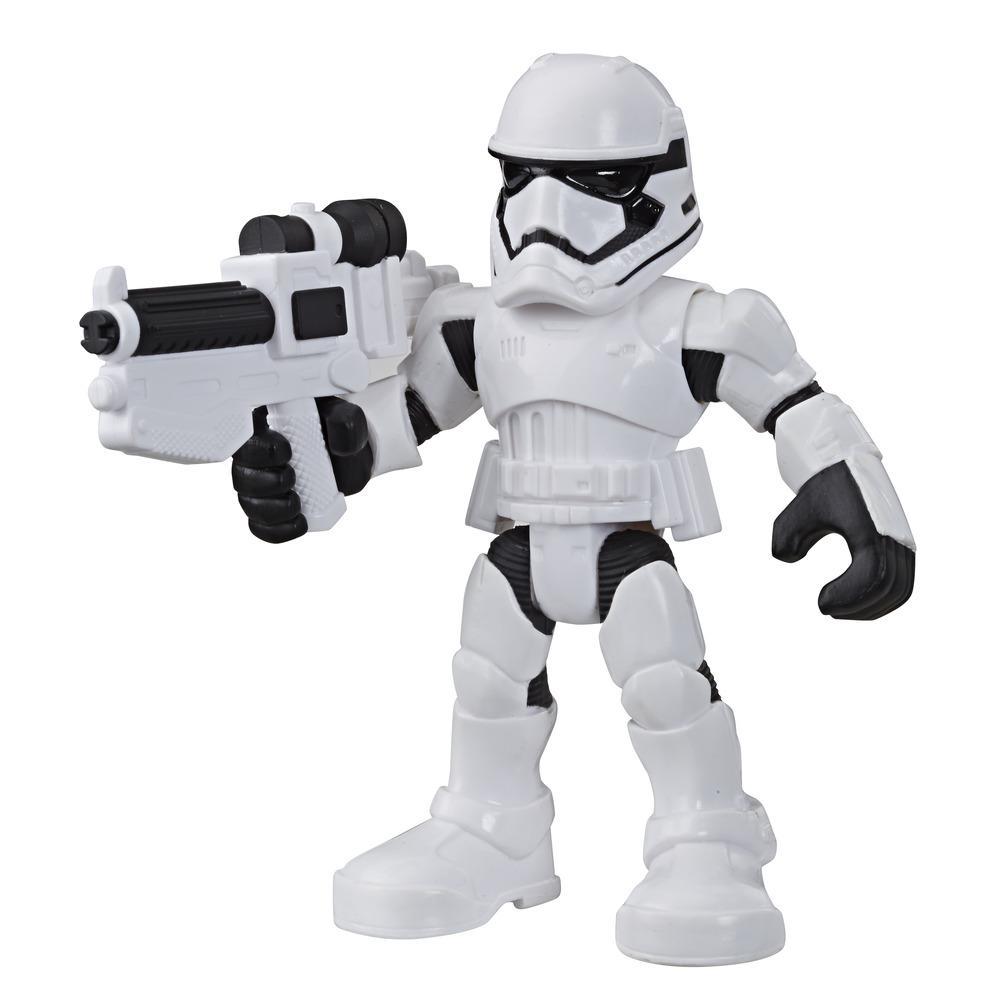 For even more intergalactic excitement, look for other Star Wars Galactic Heroes figures and vehicles to collect! (Sold separately. Subject to availability.)

Star Wars products are produced by Hasbro under license from Lucasfilm Ltd. Hasbro and Playskool Heroes are trademarks of Hasbro.

• Includes figure and accessory.
• STAR WARS CHARACTER: Kids will love re-enacting their favorite scenes from Star Wars Episodes VII and VIII and imagining their own exciting adventures with this First Order Stormtrooper action figure
• INCLUDED ACCESSORY: Each oversized Star Wars figure comes with a fun accessory to add to the excitement of bold space adventures, including the First Order Stormtrooper’s blaster
• BIG INTERGALACTIC FUN FOR STAR WARS FANS: Sized right for younger Jedi, we’ve managed to channel the power of the Star Wars universe into these 5-inch Galactic Heroes toys for kids ages 3 and up
• COLLECTIBLE TOYS: Look for other Playskool Heroes Star Wars Galactic Heroes figures and vehicles to collect, swap with friends, or give as gifts (Each sold separately. Subject to availability.)
• Figure scale: 5 inches
• Ages 3 and up
• Warning: Choking Hazard - Small parts may be generated. Not for children under 3 years.