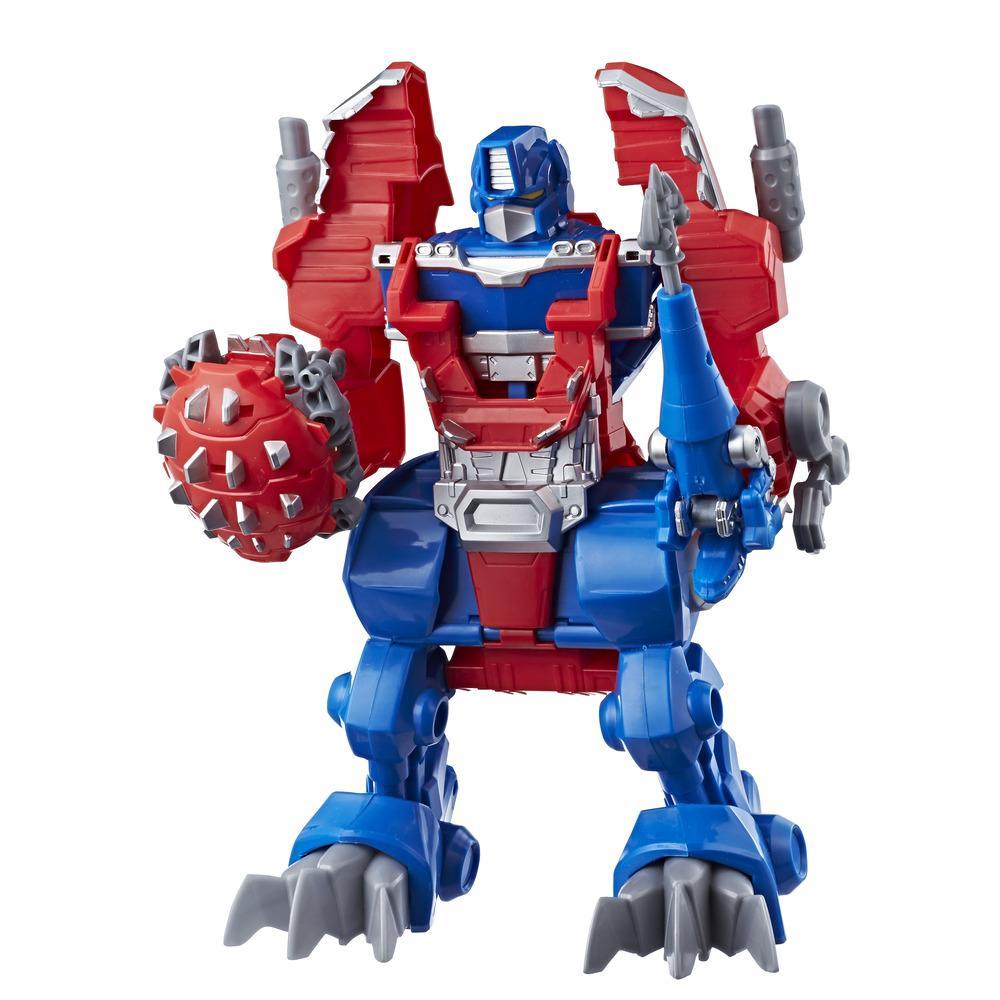 Warning:
CHOKING HAZARD-Small Parts. Not For Children Under 3 Years.

Imagine helping Knight Watch Optimus Prime save the day in medieval times alongside his Mini-Cons, Scale the Shield-Bot and Lance the Raptor-Bot! Kids can pretend to march into battle with Optimus Prime as a heroic knight, wielding the Mini-Con figures as a shield and lance. Knight Watch Optimus Prime and his Mini-Cons are designed with Easy 2 Do conversion, so kids can imagine an emergency is unfolding elsewhere and convert Optimus Prime from a knight to a T-Rex with 1 step! Then, also with 1 step each, convert the Mini-Con figures into a stegosaurus and a velociraptor, and imagine racing to the rescue! Also look for other Playskool Heroes Transformers Rescue Bots figures to build a rescue team.
(Other figures each sold separately. Subject to availability.)

" Ages 3 to 7
" Warning: Choking Hazard  Small parts may be generated. Not for children under 3 years.