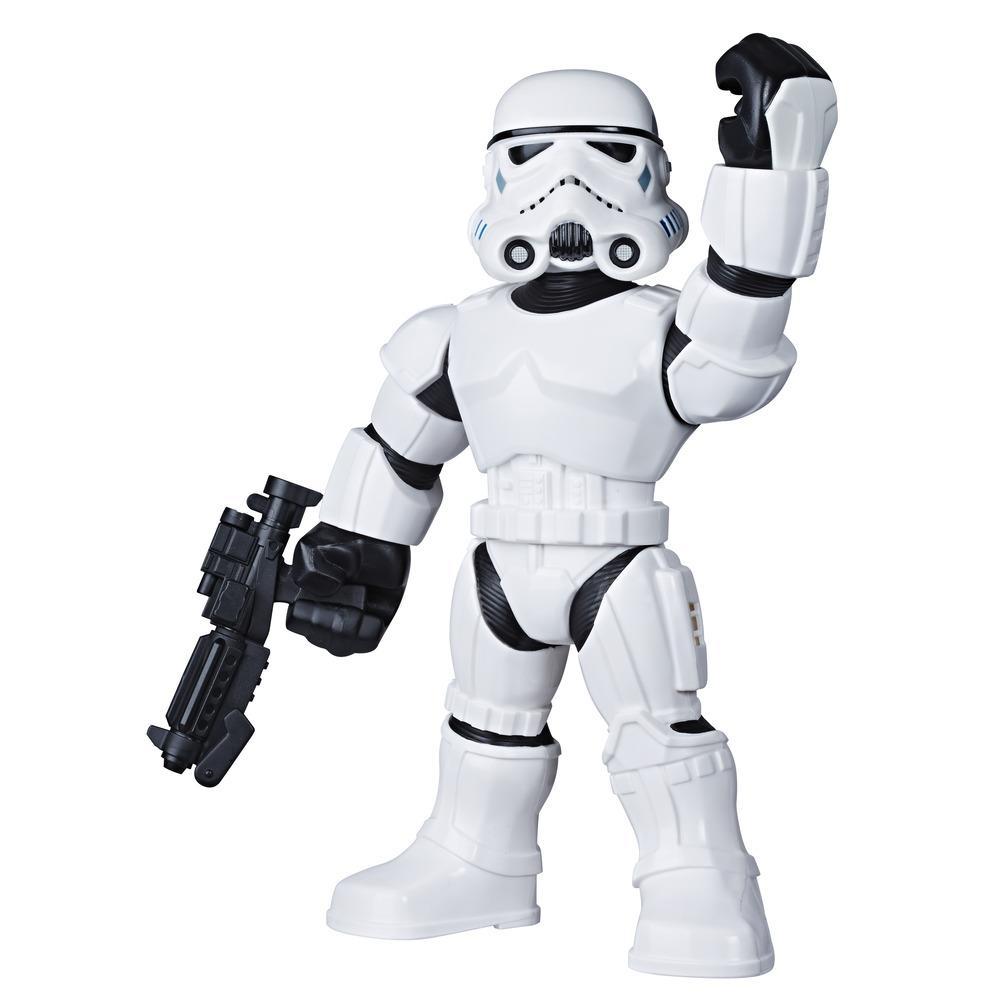 Under the rule of the evil Galactic Empire, the Stormtrooper polices the galaxy in search of meddlesome rebels!
Blast off into excitement and adventure with the Star Wars Galactic Heroes Mega Mighties action figures! Sized right for young Jedi, these bulky 10-inch toys let boys and girls get a grip on big fun. The Mega Mighties Stormtrooper figure features 6 points of articulation -- head, arms, wrists, and waist -- so kids ages 3 and up can pose him in different ways. The Playskool Heroes Mega Mighties Stormtrooper action figure even comes with an iconic blaster. Imagine tracking the Rebellion through the farthest reaches of space with this Stormtrooper toy!

Star Wars products are produced by Hasbro under license from Lucasfilm Ltd. Hasbro and Playskool Heroes are trademarks of Hasbro.

• Ages 3 and up
• Warning: Choking Hazard - Small parts may be generated. Not for children under 3 years.