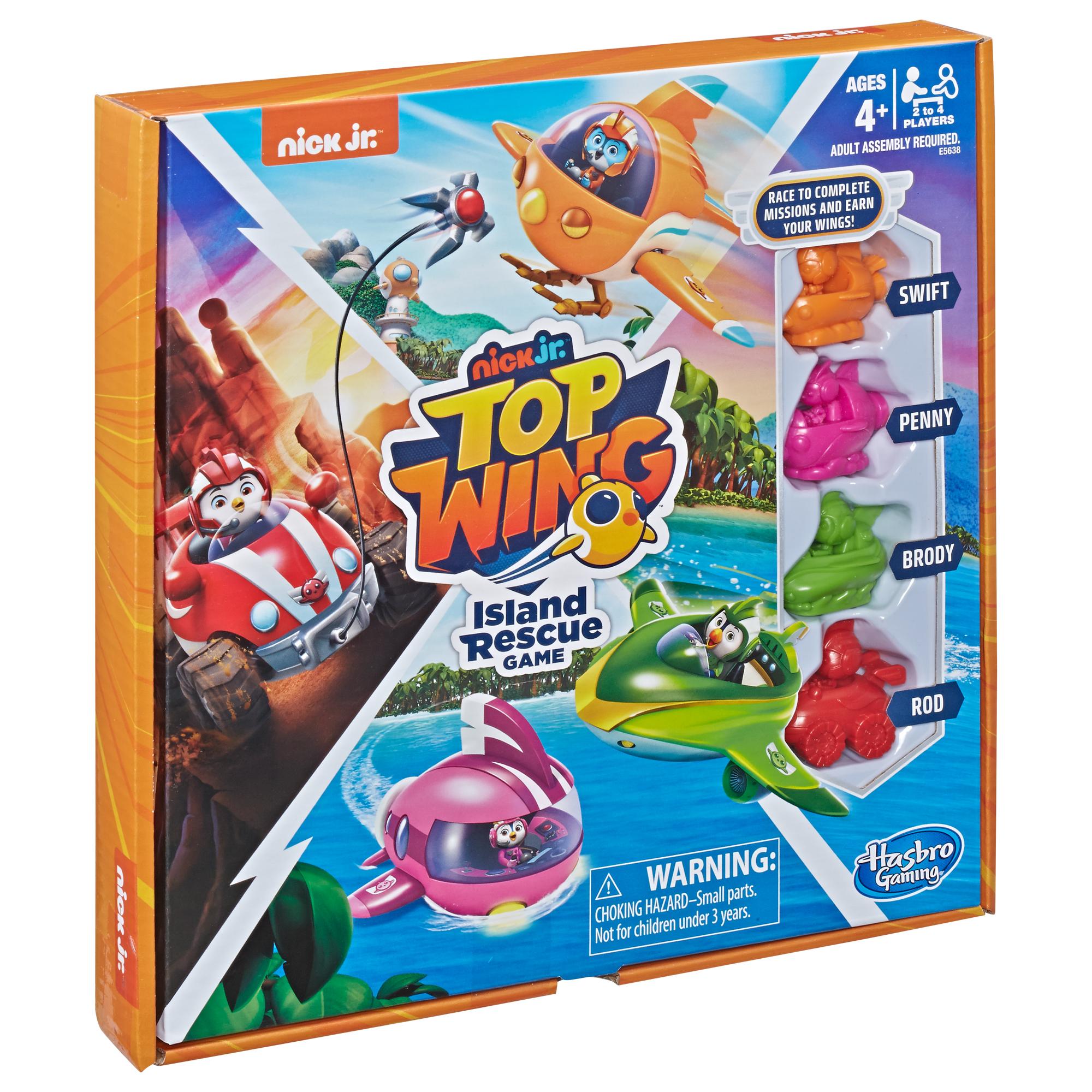 It's time to earn your wings! Kids can imagine they are taking wing with cadets of Top Wing! This Top Wing Island Rescue game includes movers for each of the rescue birds in training, so kids can choose to play as Swift, Rod, Penny or Brody. Players aim to earn badges by completing an engaging mission stated on each badge. They might have to jump, dance, clap their hands, or perform other simple actions to earn their wings and get closer to returning to Top Wing Academy and winning the game. Whether you want a game to play with your grandkids, a birthday gift for younger kids, or a fun activity for kids on a rainy day, its team Top Wing to the rescue!

Inspired by THE NICK JR TELEVISION SHOW: This fun kids board game is inspired by the popular series, Top Wing, that airs on Nick Jr

EARN BADGES: Who will earn 4 badges and return to Top Wing Academy first to win? Players move their Top Wing cadet around the gameboard, completing missions and earning badges as they race to win.

COMPLETE MISSIONS: Kids complete missions listed on the badges. Examples of missions are: Jump as high as you can, make an airplane noise, tell another player your favorite food, do a dance, and more

GREAT KIDS GAME FOR AGES 4 AND UP: The board game is quick to set up, and kids as young as 4 years old can play

" Ages 4 and up
" For 2-4 players
" Adult assembly required
" WARNING: CHOKING HAZARD  Small parts. Not for children under 3 years.