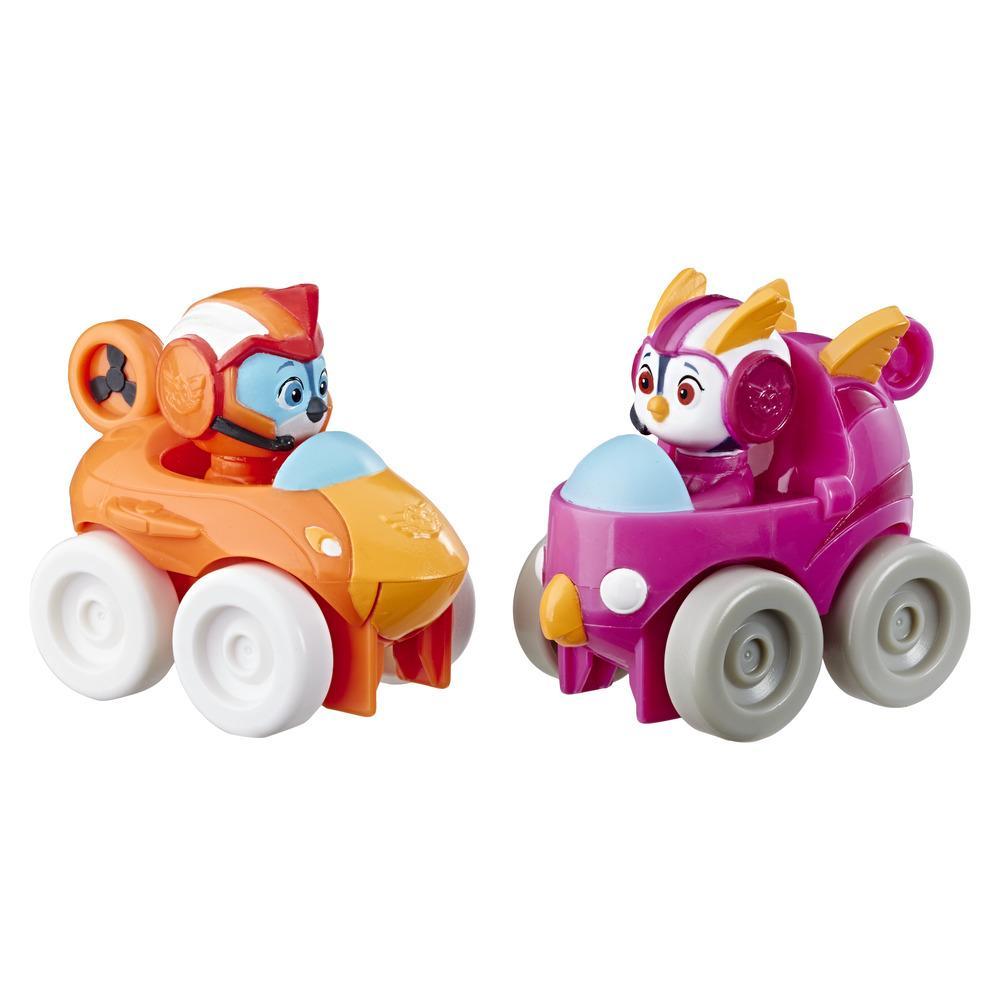 Kids can create their own rescue missions with the Top Wing Mission Control Racers 2-packs, featuring favorite rescue birds in training, friends, and mischief makers from Big Swirl Island! Get ready to roll into adventure with all the Top Wing Racers, including Swift and Penny, Rod and Brody, Swift and Baddy, Rod and Betty, Brody and Penny, and Timmy Turtle and Rocco (each sold separately, subject to availability). These racers are compatible with the Top Wing Mission Ready Track playset (not included, sold separately).
Top Wing and all related titles, logos and characters are trademarks of 9 Story Media Group Inc.
Nickelodeon is a trademark of Viacom International Inc.
Hasbro and all related terms are trademarks of Hasbro.

• INSPIRED BY THE NICK JR TELEVISION SHOW: Kids can recreate their favorite scenes from Nickelodeon's Top Wing television series with these vehicle toys for kids ages 3 years old and up.
• KIDS CAN EXPAND THEIR TOP WING COLLECTION: Kids can roll into adventure just like their favorite cadets from Top Wing with these Top Wing Racers.
• INCLUDES 2 RACERS: Race to the rescue with favorite Top Wing cadets Swift and Penny! (Figures are attached to their vehicles.)
• COLLECT THEM ALL: Look for all the Top Wing Racers to add to the collection and race together (each sold separately, subject to availability).
• COMPATIBLE WITH MISSION READY TRACK: These racer vehicles work with the Top Wing Mission Ready Track toy (not included, sold separately). Kids can race to earn their wings, just like their favorite cadets from Top Wing!